5 ways you can become a better programmer

In this article, I have compiled my 5 unconventional ways that you could help your career as a programmer. I’ve referenced some my personal inspirations and motivations along my career.

Tubes – Behind the Scenes at the Internet by Andrew Blum

If you’ve ever wondered about how the internet actually works, how it connects on a physical level and where the wires at the end of the garden end up then you’ll love this book. It really helped me to visualise how data is transmitted across the world and how that impacts everything from developing websites to fluctuations in stock market prices.

Admittedly I haven’t read this book yet but it’s on my must-read books list because, as an avid user of Apple products, it’s only right to understand how Apple massively shaped the technological world we live in today.

I would say that The Matrix is a seminal film for me as it was released a few years after I’d got into programming at school (Q-Basic, Dark Basic). Apart from an epic story, it’s literally packed with computing references – bots (web crawlers), agents (daemons, scripts), backdoors etc. I guarantee that you’ll pick up some new references by watching it again.

This is another favourite for me and I think this film depicts the best reconstruction of the story of how Bill Gates and Steve Jobs changed the world. With any film based on a true story, it makes you want to find out more afterwards.Steve Jobs himself even commented that Wyle did a fantastic job of playing him in the film. https://www.engadget.com/2011/04/19/steve-jobs-thought-noah-wyle-did-a-fantastic-job-playing-him-i/

Visit the Centre for Computing History in Cambridge

I first came across the museum collection at the Web We Want festival in the foyer of the Royal Festival Hall a few years ago. They had brought along most of their collection of BBC Micro computers for people to have a play on and it was brilliant to be able to use such classics, albeit with difficulty because the behaviour we’ve adopted to computers has changed drastically since! The museum host hands-on exhibitions, educational workshops and a wide range of activities and events.

Learn about Cyphers and Code Breakers at Bletchley Park

Bletchley Park has a major significance in computing history so is worth a visit. Alan Turing was the leading participant in breaking the German cyphers during World War 2. It is the home of British code breaking and a birthplace of modern information technology.

I find that the best way to keep my skills sharpened is to enrol in some online courses. My favourite is Udemy who offer an on-demand service where you pay a single price per course (around £10-15) and get lifetime access allowing you to dip in and out when you want. It’s always possible to learn something new when watching other people code, especially if they’re teaching you new problem-solving techniques.

Lynda.com offer a monthly subscription but have hundreds of different topic to choose from.

Rather like reading Andrew Blum’s Tubes book and becoming ‘enlightened’ you may garner a better understanding of your language of choice by reading its source code. Luckily for me, the WordPress and Woocommerce source code is well documented and you can clearly see where and how functions and filters are triggered.

Recently I had to add some functionality to a plugin to import users into a database. The component I needed was the triggering of emails to new users. I had a look at the wp_new_user_notification function to see what args I could pass to it and also see exactly what is triggered and when. Here is a snippet of that code:

Not all functions in the codex are documented as fully as they could be and by reading the source code I can see how it works not just what it returns. 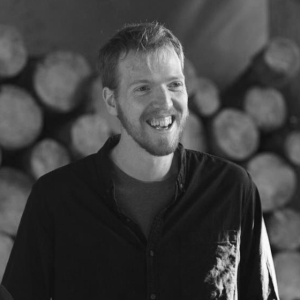 Anthony works in the development team and enjoys creating plugins and integrating maps, libraries and other APIs into Wordpress.

Previous post Creating your own image optimisation… Next post The Hamburger Menu Debate: Design…
Go back to top