A week ago today we were lucky enough to shut down our computers for an entire eight hours and leave the safety of our warm, comfortable studio… instead we were to brave the relative dangers and chilly temperatures of the South West’s untamed wilderness.

The day – part learning exercise, part opportunity to drink during office hours – turned out to be a roaring success and a fun time was had by all. I thought therefore the details of our adventure would stand as a great resource in helping others to plan their own team-building exercises. So, grab a cuppa, sit back and learn the five magic ingredients that make up a cracking away day from a largely inexperienced participant who now considers himself an expert.

The day’s organisers, Dave and Piers, bravely chose to withhold the details from us. I say “brave” because the outcome for them was having to field a string of taxing questions during the weeks leading up to the event, such as “what shall I wear?”; “Will it be cold?”; “What shall I wear (on my feet)?”; “Do I need to bring snacks?”; and “What shall I wear?”.

The decision to shroud the away day in mystery was a shrewd choice though: it created the perfect atmosphere of anticipation between the rest of the team, eliciting muttered exchanges in the corridors and shared rumours about everything from archery to zorbing. As a result, by the time the day rolled around we were all psyched rather than miffed to be standing at Temple Meads a whole 45 minutes before we would normally be at work, in weather conditions that could only be described as ‘Baltic’.

The starting point of our away day: Temple Meads railway station at dawn

The surprise in question turned out to be a day out on the Kennet & Avon canal on a narrowboat! A real boat with an engine and everything! And we were going to be in charge of it.

After some initial trepidation and a rushed health & safety briefing, we were off. Our proud vessel Jacy turned out to be an excellent choice of venue for many reasons:

After a couple of peaceful hours chugging along, we moored up at The Cross Guns pub in Avoncliff and immediately got some beers in.

This may not sound like a great idea for a productive away day but – while I’m not promoting drink driving (sailing?) – it was great to unwind for an hour between the two more focussed stretches of activity that preceded and followed it. The mushroom burger went down pretty well too.

4. Get someone else to drive the boat

As well as our team of seven, we were joined on the day by business coach and all-round nice guy James Perrott. James was a fantastic addition to the team, and not just for his ability to actually pay attention to instructions on how to handle a river barge.

Having an outside perspective on the day’s discussions was extremely valuable and James was on hand not only to offer impartial mediation but also to enlighten us on a number of business methodologies and strategies which were useful in thinking about future operational possibilities for Atomic Smash.

I think we all agreed that having James onboard (pun intended) was a real asset. Plus, if it had all gone terribly wrong, we had a convenient scapegoat to blame.

By ‘summarise’ I mean of course ‘go to the pub again’. We ended the day – having returned the boat back to the marina with only a few minor dents – at a cosy country inn.

As well as another excuse to enjoy a pint or two, this final pit-stop was the perfect time to discuss our individual learning goals for the next six months and to round-up and chip in some closing thoughts. We all came away with a clear idea of the skills we want to sharpen and the new technologies we want to master.

It’s fair to say some of us came away slightly wobbly on our feet too – but whether that was from the choppy waters of the Kennet & Avon canal or a few too many pit-stops is best left unsaid. 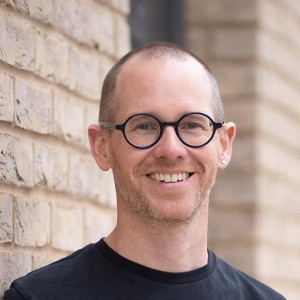